Congratulations and thank you to everyone that applied for the first Youtube round! We are pleased to announce the contestants for the second round of London International Guitar Competition 2018!

They are (in no particular order):

More info. to follow very soon about the semi-final on 26 October in London.

After the First Round on Youtube six Semifinalists were invited to travel to London for the Semi-Final and Final.

The six Semi-Finalists will play London Blues 2 by Graham Lynch as part of a free programme of up to 20 min in total duration each.

After all six Semi-Finalists have performed, the expert jury will meet briefly to decide on the successful three finalists. These will be announced to close the Semi-Final.

The orchestra is the brilliant young Newham Philharmonic, an orchestra for young Londoners conducted by James Hamm.

The Orchestra will also perform Symphony No. 6 by Ludwig van Beethoven, under the baton of James Ham( London Orchestra Project). 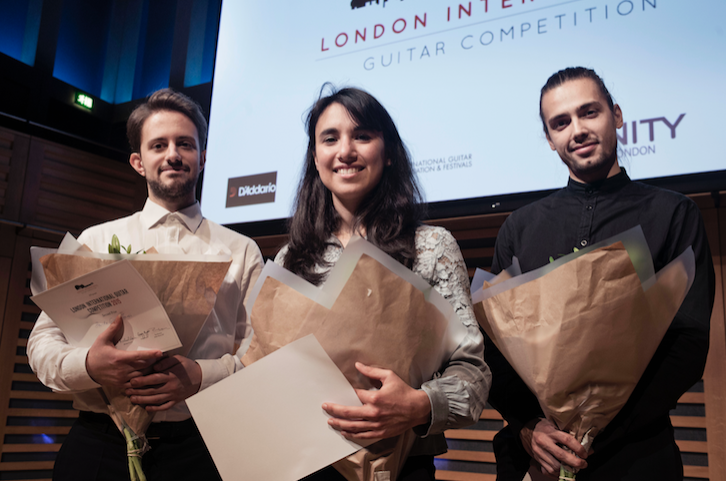 The repertoire for the first round of London International Guitar Competition 2015 was:

Find out everything you need to know about how to apply by clicking ‘Apply’ above.

Invest in the guitar:
Become a sponsor
Or make a donation